The New gTLD Program is an initiative coordinated by the Internet Corporation for Assigned Names and Numbers (ICANN), that is enabling the largest expansion of the domain name system. Via the introduction of new top-level domains (TLDs), the program aims to enhance innovation, competition and consumer choice. Many new safeguards to help support a secure, stable and resilient Internet are also being introduced as a result of the program.

TLDs are the letters found at the end of an Internet address, such as .com, .net, or .org. Any TLD that does not represent a country or a territory is known as a generic TLD, or gTLD. The New gTLD Program has enabled hundreds of new top-level domains in ASCII characters and in different scripts (Internationalized Domain Names) to enter into the Internet's root zone since the first delegations occurred in October 2013.

The application window for the first application round closed in April 2012. Comprehensive reviews of the program are currently underway to assess its performance in meeting intended objectives. These reviews will inform ongoing discussions with the ICANN community to determine when a second round will take place.

In 2005, ICANN's Generic Names Supporting Organization (GNSO) began a policy development process to consider the introduction of new gTLDs, based on the results of trial rounds conducted in 2000 and 2003. The GNSO is the main policy-making body for gTLDs and encourages global participation in the technical management of the Internet.

The two-year policy development process included detailed and lengthy consultations with the many constituencies of ICANN's global Internet community, including governments, civil society, business and intellectual property stakeholders, and technologists.

In 2008, the ICANN Board adopted 19 specific GNSO policy recommendations for implementing new gTLDs, with certain allocation criteria and contractual conditions. One such recommendation provided that ICANN should introduce New gTLDs in rounds until the scale of demand is clear. After approval of the policy, ICANN undertook an open, inclusive, and transparent implementation process to address stakeholder concerns, such as the protection of intellectual property and community interests, consumer protection, and DNS stability. This work included public consultations, review, and input to multiple draft versions of the Applicant Guidebook.

In June 2011, ICANN's Board of Directors approved the Applicant Guidebook and authorized the launch of the New gTLD Program. The application window opened on 12 January 2012. ICANN received 1,930 applications for new gTLDs. On 17 December 2012, ICANN held a prioritization draw to determine the order in which applications would be processed during Initial Evaluation and subsequent phases of the program. These applications were processed by ICANN staff and evaluated by expert, independent third-party evaluators according to priority numbers.

On 22 March 2013, ICANN released the first set of Initial Evaluation results to applicants and the public. In October 2013, the first new gTLDs were delegated. 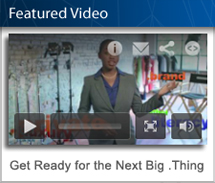